This diverse path leads across the Lower Bohinj Mountains and the Pokljuka Karst Plateau to Slovenia’s two most beautiful natural jewels; Lake Bohinj and Lake Bled. Those thirsty for real biking challenges will face not only long-distance biking trails, but also some substantial climbs uphill, but will always be rewarded with breathtaking views. Along the trail there are plenty of options for resting, having lunch or maybe some quick sightseeing of the natural and cultural sights.

Starting in Škofja Loka Old Town, the route R-6 will take us on the road between the villages of Praprotno, Ševlje, Dolenja vas and Selca to Železniki, where we can enjoy a rest before the first major ascend. In Železniki take a walk to the mighty blast furnace, a symbol of the village.

Continue on the same route which will gradually begin to ascend towards the idyllic alpine village Sorica, birthplace of Ivan Grohar, Slovenia’s famous painter.

Join the G-2 trail, which starts with a steep climb to the top of Bohinjsko sedlo (Bohinj Saddle), followed by relaxing descent towards Bohinjska Bistrica and further on, on the route LG1, to Lake Bohinj, where a well-deserved break awaits. A nice lunch in a restaurant or a swim in the lake will give us strength before the next climb.

Continue on the LG1 route passing by the villages Stara Fužina and Sturor, until reaching Jereka, where the second major climb begins. Passing by Koprivnik and Gorjuše, the road is rather steep. By the Mrzli Studenec, on Pokljuka Plateau, the road reaches its highest point and stops ascending. Piercing the dense spruce forest, the route slowly begins descending all the way to Lake Bled. Just before reaching Bled, just a stone’s throw from the trail, you can make a stop and visit Vintgar Gorge, a beautiful canyon carved deep into the hills by the Radovna river.

Further on, we bike through the village Selo pri Bledu (trail LG6) on a nice gravel road following the flow of the Sava Bohinjka river. In Lancovo village, we turn right towards Kamna Gorica and Kropa, where the last major climb towards Jamnik and Dražgoše begins. Take a break by Jamnik church and enjoy the beautiful views of the valley and the nearby mountains.

From Dražgoše the trail descends in the direction of Železniki, from where we continue on the road back to Škofja Loka.

Duration of the tour: 6–9 hours (without stops) 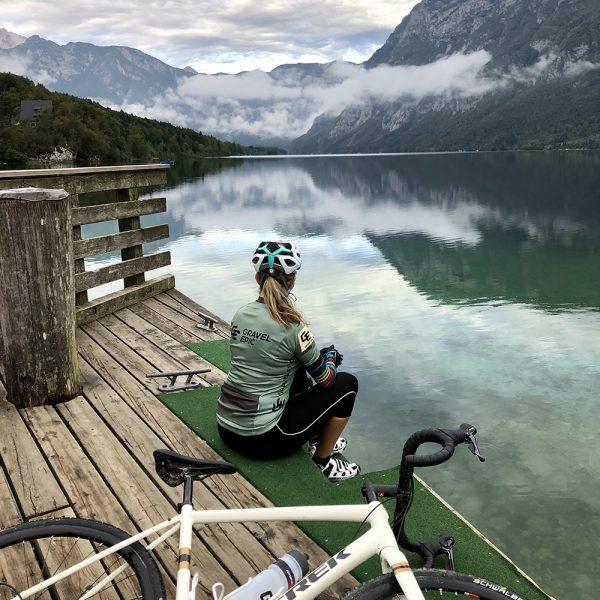 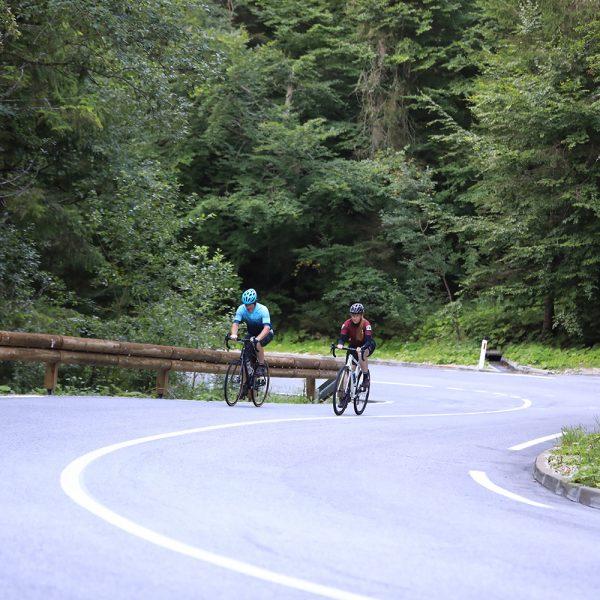 When you visit any web site, it may store or retrieve information on your browser, mostly in the form of cookies. Control your personal Cookie Services here.

Necessary Analytics Center zasebnosti Politika zasebnosti Piškotki
These cookies are necessary for the website to function and cannot be switched off in our systems.
Technical Cookies
In order to use this website we use the following technically required cookies
These cookies allow us to count visits and traffic sources, so we can measure and improve the performance of our site.
Google Analytics
We track anonymized user information to improve our website.
Onemogoči vse storitve
Omogoči vse storitve